The Lawyer Did It – or – Loose Lips Sink Pseudonyms 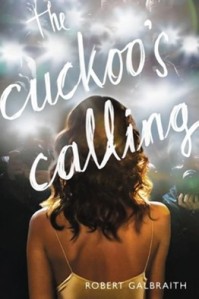 That’s RK Galbraith to you.

The Guardian reported today that a lawyer, or solicitor in British terms, was responsible for the leaking of JK Rowling’s secret pseudonym (Robert Galbraith). The lawyer let his wife’s best friend in on the secret, a secret exceedingly few people knew. That friend in turn was the person who first tweeted Rowling’s secret. The lawyer and firm contacted Rowling’s agent as soon as they realized the pseudonym had been unmasked and apologized.

In the US, such a revelation could expose the offending lawyer to both professional discipline (up to losing their license to practice law) and malpractice liability. The breach of the ethical duty creates a slam dunk case for the breach of care that triggers civil liability in a legal malpractice case. So, in this particular case, proving liability would not be difficult. What would be difficult would be proving damages, after all Rowling’s sales actually increased after the breach of confidence. So, if this had happened in the US, she might win a malpractice case against the attorney but be awarded nominal damages (e.g. $1).

I teach professional responsibility and ethics to baby lawyers (i.e. law students). I try to stress to them that damaging breaches in confidentiality are often the confluence of seemingly innocuous conversations and bad luck; rarely is it  dastardly conduct.